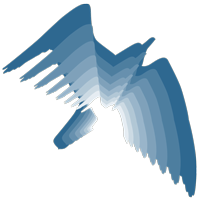 Previous Next
The Tit-for-Tat Mentality

Let’s explore the psychology underlying the difficulty of personal responsibility for alcoholics and addicts.

Most alcoholics and addicts have developed extensive psychological mechanisms to avoid and deflect taking personal responsibility. One tried-and-true approach is the tit-for-tat mentality. The tit-for-tat mentality is typical with couples in the early stages of recovery. The addict’s role in this destructive pattern of communication is to justify all of his or her behavior, blaming the rotten behavior on the spouse. “I wouldn’t act this way if you hadn’t provoked me!” becomes the battle cry for the addict in all kinds of situations, regardless of his or her culpability.

The tit-for-tat mentality is designed to rationalize and justify our behavior so we can falsely conclude that we don’t have any personal responsibility in the present situation. Here are some of the more common tit-for-tat maneuvers: The list can go on and on, and it usually does. Unfortunately, couples who are trapped in this loop have a difficult time breaking free because there is usually a kernel of truth in the other person’s complaint. We are influenced and affected by our partner’s behavior. This doesn’t mean, however, that we can justify our behavior because of our partner’s behavior, especially if we want a better relationship.

The tit-for-tat mentality indicates that we are suffering from emotional dependency—this is the kernel of truth. We end up being highly reactive to our partner because he or she is too important to us. We depend on our partner’s approval, validation, and behavior for our security, prestige, self-esteem, and happiness. The degree to which we are caught in this deadly game reflects our level of emotional maturity. So when we find ourselves justifying our behavior because of what our partner is or isn’t doing, then we are playing titfor- tat. This mentality won’t lead to a solution, no matter how hard we try to convince our partner that he or she is the problem.

An Excerpt from 12 Stupid Things That Mess Up Recovery

To develop a strong spiritual foundation for recovery, it is essential that we accept full responsibility for our harmful and hurtful behavior and that we attempt to repair the damage that we have caused in our relationships with family, friends, and loved ones.